With Pascal Jürgens [@pascal], and Harald Schoen I wrote a short blogpost for “Politik nach Zahlen“, a blog focused on empirical research on elections, hosted by the German newspaper Die Zeit. In “Twitterprognosen, oder: Warum die Piratenpartei beinahe die Wahl 2009 gewonnen hätte” we addressed the claim made by Andranik Tumasjan, Timm O. Sprenger, Philipp G. Sander, and Isabell M. Welpe in their paper “Predicting Elections with Twitter: What 140 Characters Reveal about Political Sentiment” presented at the AAAI Conference on Weblogs and Social Media, that Twitter would serve as a valuable instrument in forecasting election results. In their paper they found that the mentions of political parties on Twitter during a given time interval would closely mirror the election result. As the embedded diagram shows our results were not so encouraging. 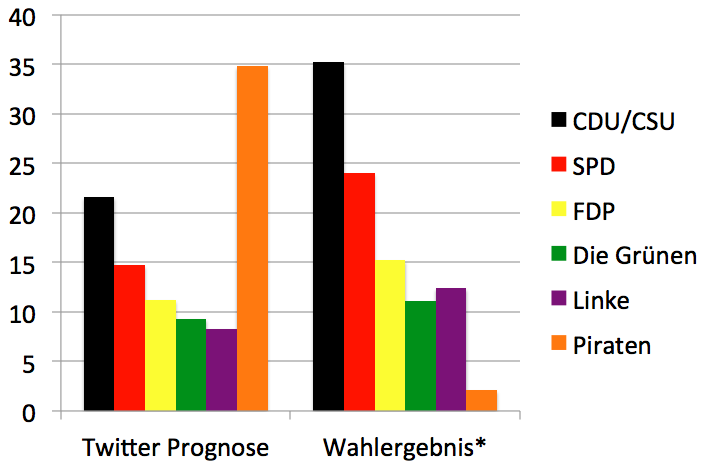 More on that here.