On my upcoming trip to the United States I will give a talk at Wellesley College, Boston on October 25. The topic will be the analysis of political events through data collected on Twitter. Here is the abstract for the talk. I am very much looking forward to this talk and on engaging in the ensuing discussion. 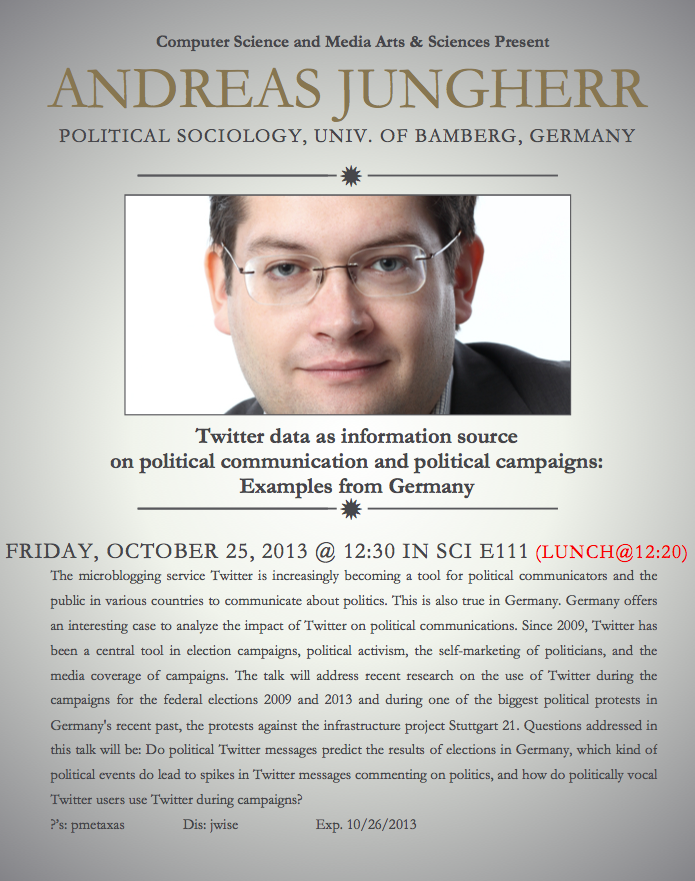 The microblogging service Twitter is increasingly becoming a tool for political communicators and the public in various countries to communicate about politics. This is also true in Germany. Germany offers an interesting case to analyze the impact of Twitter on political communications. Since 2009, Twitter has been a central tool in election campaigns, political activism, the self-marketing of politicians, and the media coverage of campaigns. The talk will address recent research on the use of Twitter during the campaigns for the federal elections 2009 and 2013 and during one of the biggest political protests in Germany’s recent past, the protests against the infrastructure project Stuttgart 21. Questions addressed in this talk will be: Do political Twitter messages predict the results of elections in Germany, which kind of political events do lead to spikes in Twitter messages commenting on politics, and how do politically vocal Twitter users use Twitter during campaigns?