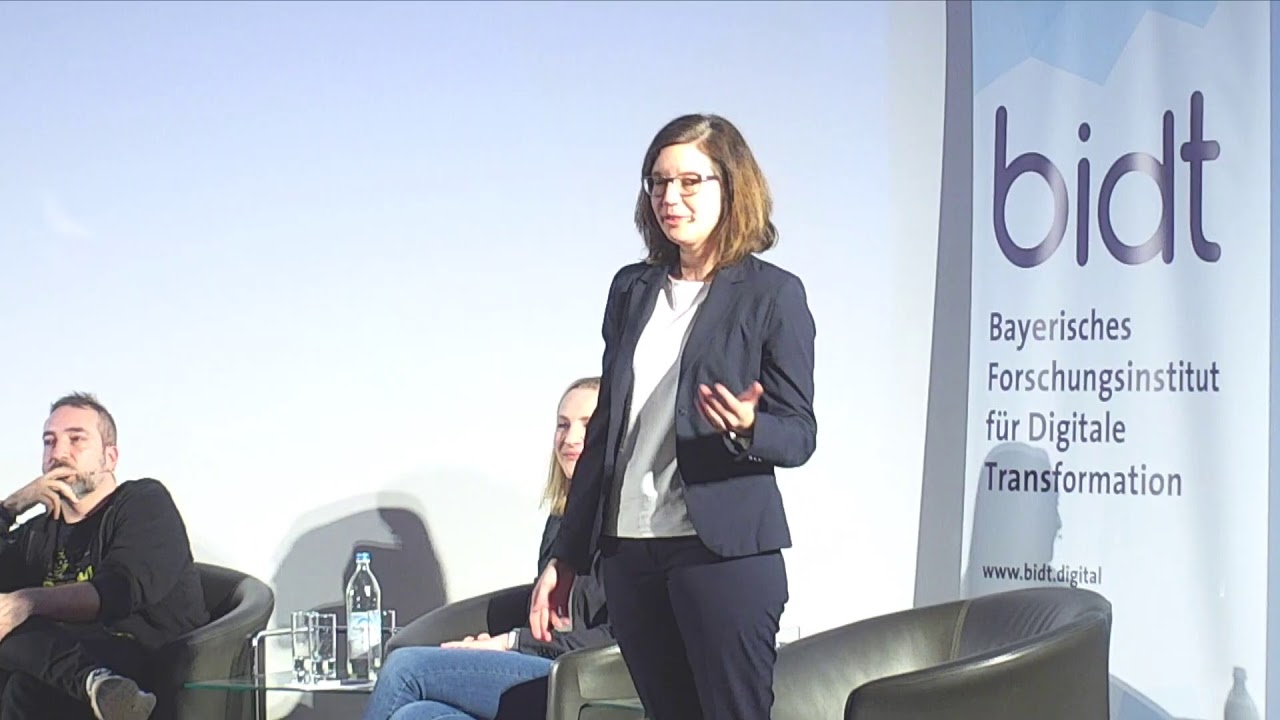 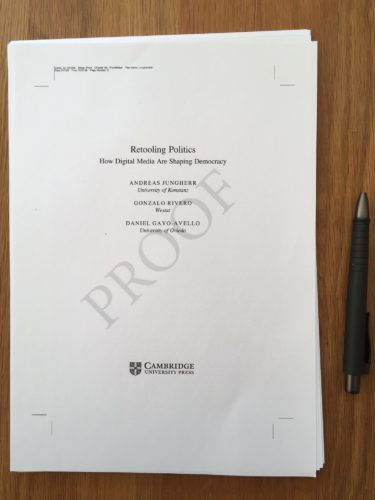 Coming to a book shop near you in June! 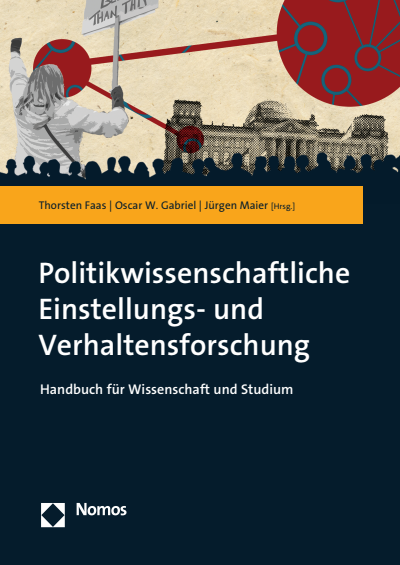 The finish line comes into sight: We have a cover now! 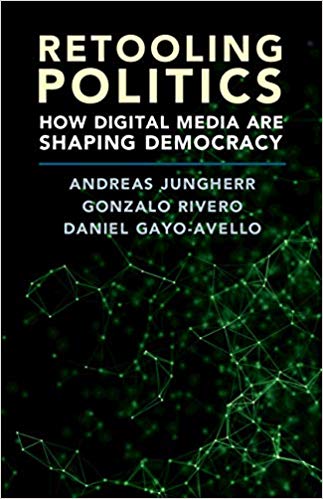 Coming to a book shop near you in June!

Donald Trump, the Arab Spring, Brexit: Digital media have provided political actors and citizens with new tools to engage in politics. These tools are now routinely used by activists, candidates, non-governmental organizations, and parties to inform, mobilize, and persuade people. But what are the effects of this retooling of politics? Do digital media empower the powerless or are they breaking democracy? Have these new tools and practices fundamentally changed politics or is their impact just a matter of degree? This clear-eyed guide steps back from hyperbolic hopes and fears to offer a balanced account of what aspects of politics are being shaped by digital media and what remains unchanged. The authors discuss data-driven politics, the flow and reach of political information, the effects of communication interventions through digital tools, their use by citizens in coordinating political action, and what their impact is on political organizations and on democracy at large.

In the book, we talk about:

Ralph Schroeder, Sebastian Stier, and I have a new article out in Social Media + Society. In “Digital Media and the Surge of Political Outsiders: Explaining the Success of Political Challengers in the United States, Germany, and China“, we argue that digital media neutralize two former monopolies in structuring political discourse and political coordination and mobilization. In the past, these monopolies allowed media and political organizations to channel politics.

This allowed them to arbitrate which political voices and options reached the public thereby filtering out challenges to the political status quo. On the plus side, this contributed to a more or less civil political discourse and kept extremists from establishing viable organizational challenges. On the negative side, this also limited the opportunities of legitimate but underrepresented voices to provide alternatives to the political status quo. By breaking these monopolies digital media extend the space of political competition for the good but also for the bad.

In the article, we discuss cases from China, Germany, and the USA how political outsiders have attempted to use digital media to mount a viable challenge to the political status quo thereby strengthening the position of outsiders across political and media systems.

A broadening of the spectrum of political discourse does not mean that extreme factions will win or stay in power. Instead of witnessing a decline of democracy driven by digital media, we are observing the erosion of institutions that kept discourse artificially restricted.

Abstract: There has been a recent surge of political actors and groups challenging the legitimacy of established political institutions and mass media. We argue that this wave is no accident; rather, it is driven by digital media. Digital media allow outside challengers to route around social institutions that structure political discourse, such as parties and legacy media, which have previously held a monopoly on political coordination and information distribution. Digital media have weakened the power of these institutions, allowing outsiders to maintain extreme positions that formerly would have been filtered out or suppressed by institutions structuring political discourse. In this article, we explicate mechanisms linking digital media to the rise of outsiders by discussing the successes of a diverse set of challengers fighting for attention and representation in the different political contexts of the United States, Germany, and China. We thus provide a novel explanation that systematically accounts for the political consequences of digital media.

Social scientists have found themselves confronting a massive increase in available data sources. In the debates on how to use these new data, the research potential of “digital trace data” has featured prominently. While various commentators expect digital trace data to create a “measurement revolution”, empirical work has fallen somewhat short of these grand expectations. In fact, empirical research based on digital trace data is largely limited by the prevalence of two central fallacies: First, the n=all fallacy; second, the mirror fallacy. These fallacies can be addressed by developing a measurement theory for the use of digital trace data.

Here are the slides.